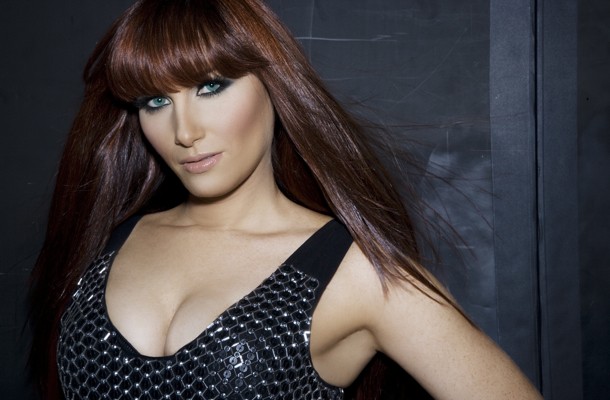 There was a time when singers were singers —when singers just sang, with no Auto-tune or artificial studio effects on their voices. Fortunately, there will always be a few exceptional artists who draw only from their own real talent and experience, and who truly connect with the meaning of a song.  America’s new pop princess, Shara Strand, is among these few – a rare and special artist, clearly destined for greatness … beginning with her introduction to the world by D1 Music.

With the arrival of Shara’s highly anticipated debut EP, “Born Tonight”, this singularly skilled artist begins to make herself known. As D1 Music President, Peter McLean, explains it, “Born Tonight showcases one of America’s brightest new talents – a gifted singer with an honest message, delivered with power, majesty and heart.”

With artistic roots stemming from her love of theater, her own experience as a Broadway performer, and her father’s passion for music, Shara’s home fostered a rich mix of influences, including such great musical artists as Barbra Streisand, Celine Dion, Whitney Houston and Mariah Carey.  (Turns out, it’s no coincidence that the name “Shara” means “singing” in many different languages!)

Each of the five songs on Born Tonight were selected by Shara for the intelligence and emotion of their messages and lyrics, and by the melodic and soulful platform from which she can express her sensitivity and range.  One of them, “Not Gonna Miss You”, was custom-created exclusively for Shara by lyricist, Mike Greenly, and composer, Paul Guzzone, with Shara as co-writer. In fact, Shara is an insightful songwriter herself – having written “Jekyll or Hyde” on the “Born Tonight” EP, plus other songs planned for future release.

Shara is the definition of “driven.” In 2007, she performed on “Showtime at the Apollo” and did an incredible rendition of Oleta Adams’ “Get Here”.  Shara thoroughly impressed the notoriously tough crowd, beaming her star quality out over the airwaves. After that performance, Shara got a call from Mark Green, General Manager of the Bergen Performing Arts Center in New Jersey. Mark had seen Shara on TV and offered her a slot opening up for Pat Benatar. Shortly after the show, Shara won the Grand Prize of $10,000 in the 2007 Famecast.com competition, and was given the title of “Pop Fenom.” She was one of 10,000 entries, and was among the top 5 contestants flown to Austin, Texas to perform in a webcast for a live audience.

Later, Shara was featured as Artist of the Week on one of the music industry’s leading websites, HitQuarters.com, in June 2009.  She was chosen as a singersuniverse.com top 5 vocalists of the month. Most Recently, she was featured on CBS talk radio “The Barry Z show” as one of the “most talented emerging artists in the NYC talent pool.”

More than anything, Shara sings with a desire to convey love, heart, and truth to listeners and fans – with a strong belief in the way wonderful music can bring us together to think, feel, and care. And the best part is … she has only just begun!

Videos
Gallery
Interviews: In the Studio