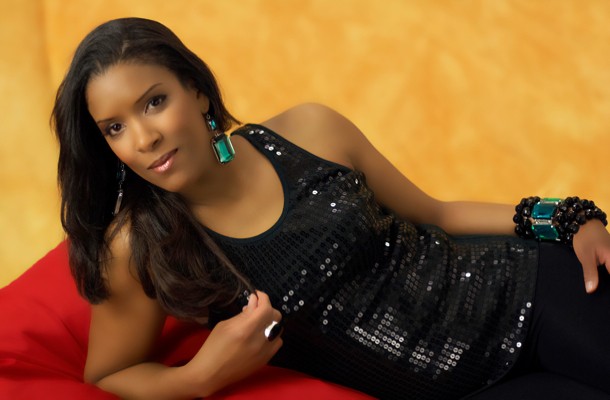 1. How did you first get started in the music industry?
Believe it or not, I began singing as a child, but my mother said that I sang off key. It wasn’t until I was 12 that my voice finally found itself. I started singing professionally at age 27.

2. How did you first get started in the music industry?
My friend Karen De Rosa and I recorded some songs and shopped them, but although everyone loved the songs they couldn’t figure out how to market me. One day while working at an advertising agency I received a phone call from someone that Karen knew telling me that a producer in Italy was looking for a singer/songwriter. I sent my tape and was chosen out of 12 people to fly over and write and sing six songs. When I got there they thought I was marketable and so I joined the Euro group “Blackwood.”

3. Which artists do you currently like and why?
My music preference changes according to what mood I’m in at the moment, but my current likes don’t change. Who I like now I’ve liked for awhile and will more than likely like tomorrow as well. I mostly like artist from back in the day. One of my favorites is Barbara Streisand because she is multi talented. She sings, writes, produces, and acts. I also love musical style songs, because they tell stories, which she sings plenty of. Gloria Lynn is another one of my favorites. My mother played lots of her music when I was young so I grew up loving her operatic style voice. I also love Phyllis Hyman and Luther Vandross because I share their vibrato styles and they both sang with so much passion. I’d also add Sade, Van Morrison, Phil Collins – just too many to mention.

4. What was it like remaking a classic song like Ain’t No Stoppin’ Us Now?
It was fantastic! I knew I wanted to do a duet remake and when Peter McLean from D1 Music mentioned “Ain’t No Stoppin’ Us Now,” I was excited about it. The timing felt right with President Obama’s election and the economy being where it is, it seemed that this song would remind people that nothing can keep you down – you gotta keep pushing! Darryl was an angel to work with and we just clicked.

5. Who are your favorite producers and why?
I love working with D1 Music, Peter McLean and Keith Kemper. I don’t say this because I’m working with them now, but because Peter really listens to me and I get to collaborate on each project. It’s a feeling of respect that takes it to another level and it makes for great productions. Keith has got an ear like no one I’ve ever met. He is a great producer and keyboard player..

6. What do you do when you are not singing and performing?
I am a mother, and I love every bit of it. I have one daughter and we are very close. I also have nieces and nephews that I love having around me. I am family oriented. I like to bake, have family night, play games, hang out with my mom and my sisters. I love going to second hand shops because you never know what you’ll find and I love to shop. I also watch HGTV, Turner Classic movies, surf the internet and relax.

7. Do you prefer recording in a studio or live performance?
I really don’t like studio recording. I’ll take live performance any day. Actually, I never deliver in the studio what I do on stage because the energy from the audience is what I draw from. Some people love to spend hours in the studio, not me. I like to go in, lay the vocal and background, and get out. I practice so much before I go into the studio, so I am usually able to lay the vocals in one, maybe two takes and get it done.

8. What are the biggest influences on your career up until now?
My desire to sing has been my only influence. I truly believe that it is one of my purposes in life. That it is somehow my calling.

9. What is next for Taborah?
I just completed my bachelor’s degree at Wright State University in Organizational Leadership. That was a personal triumph for me. Now – I’m ready to go back on tour again.

10. How did you come to record Say I Love You?
After I recorded “Ain’t No Stoppin’ Us Now”, Peter McLean from D1 Music, told me about a song that he produced a while back that he thought my voice would be perfect for. He said that he’d been looking for someone to record this song, but hadn’t found the right voice. Although Eddie Grant originally wrote and recorded it, Peter grew up listening to Australian Renee Geyer’s version and always wanted to remake the song. I suggested that we record the song in Spanish as well. We went into the studio and recorded it in April, 2009.

11. How do you feel about music piracy?
How does anyone feel when something from them is stolen? Annoyed! It bothers me a great deal. I believe that BMI, ASCAP and others should protect the artist and go after the companies, and people who create websites that allow for “music sharing”, as to protect the artist and collect for them as well.

13. Which part of the United States do you live?
I just moved to North Carolina, and I’m loving every bit of it!

15. Where does Taborah see herself in five years?
Touring, and doing something that involves helping children through my ministry called, “Simple Life Ministries.”

10 years ago in Interview: In the Studio
Featured Video