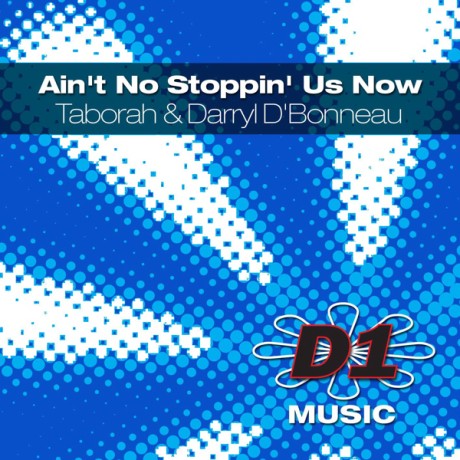 Ain’t No Stopping Us Now

Ain’t No Stoppin’ Us Now with the wonderful vocals of Taborah & Darryl D’Bonneau and featuring percussion from legendary Grammy nominated Sammy Figueroa will be released on June 4.

It’s thirty years since this major pivotal music track was released. To many the original Ain’t No Stoppin’ Us Now defined the era and musical generation of the late ‘70’s. With it’s strong uplifting lyrics, bold rhythm and distinctive string sounds the song also became an anthem for the African American community.

Featuring remixes from Josh Harris, Solar City, Barry Huffine and, of course, D1 Music, Ain’t No Stoppin’ Us Now is bound to become a classic song once again – ain’t no stoppin’ you, I or us!!!